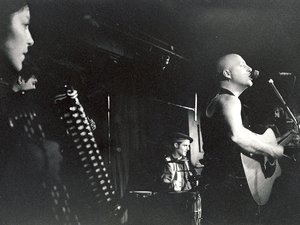 Open mic nights – are they really worth it?

With open mic nights becoming more and more popular for budding musicians it begs the question of whether they are worth playing, especially if you’re just getting started. Many people have mixed feelings about it for this very reason.

When musicians first start doing open mic nights, all it takes it some good sound equipment, enough space, a few decent people and they can have a great time, with a little bit of a following. As they do more gigs, word gets around that about this musician / band and people come from afar to see them perform.

This is the idea anyway, some musicians won’t make it due to problems with the band, financial issues etc.

So are open mic nights worth doing?

They give you the chance to experience what that kind of life is like and whether you would still be happy with doing it in the future after the first gig. A fair warning though that if you are playing to a crowd who seem like they don’t care then don’t let this put you off! There are open mic nights out there which have a buzzing crowd and will be actually into it, rather than the boring lot at some local pubs.

There’s always a chance that someone watching you on stage could represent a record company. If they like what you’ve got in your setlist then just maybe, you can get somewhere in the industry.

Open mic nights are also good for showing off new material you’ve written. If you are planning to do a tour then it’s a great way to find out whether people actually enjoy the song. This way, you can know that people will like it or if it needs some work before it goes on tour and shown off to all the fans.

If you’re big enough then this won’t really matter because everyone will be happy to be there for the other songs but if your fan base is small, then it could risk losing fans if they don’t like the direction that your music is going. So open mic nights are the best way to go when a new song comes along.

At dazyRecords we are looking for artists and musicians to sign up! Get in contact with us today on 01524 544 744 to see what we can do for you music / art!